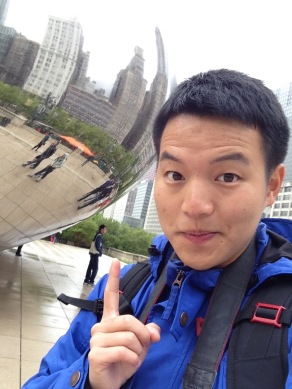 Linus is a Taiwanese citizen studying at Boston University, going for a Master’s in Innovation and Technology.

If there was ever a person for whom to use the phrase “bright-eyed and bushy-tailed,” it’s Linus. Even though it was 10 a.m. on a Saturday, he bounced toward me, eager to get started with our interview. Every time I talk to Linus, he has the biggest smile on his face, ready to take on the day. I always thought it was interesting that he chose his American name to be Linus because although he is definitely a deep intellect at heart, he has such a bigger personality.

I met Linus in the beginning of 2015 at Boston University, where he is currently obtaining his Master’s in Innovation and Technology. Originally from Taiwan, he will have spent two years in the United States when he completes his program. The first time he traveled to the U.S. was in 2006, but most of his travel consisted of European destinations until 2012. He said that traveling to other countries while he was growing up made him feel more comfortable studying abroad for his degree. However, the overall decision to study abroad specifically in the U.S. was a more calculated choice.

BE READY TO TRY A NEW WAY OF LIFE

“We can talk [about] a bunch of cultural differences between the place we are from and the U.S. I’m not saying to abandon our own values and traditions to embrace the American ones. Instead, I’m saying to give a chance to try and experience a whole new different way of life. After all, we can always back off if we don’t appreciate after trying. I always believe each way of life is a unique philosophy of the specific community. It could be a pity if we miss any precious experiences and philosophy due to not trying to understand.”

In order for him to get a good job back in Taiwan, he said he had to travel abroad to study.  Taiwan has had an IT industry in Taiwan since the 1980s, but currently it’s not growing like it should, he said. Many Taiwanese obtain their degrees elsewhere and then come back to Taiwan to work. Linus’s father encouraged him to go abroad, as he did, and return to Taiwan with the resources to begin his own business. But Linus explained that it wasn’t that simple. 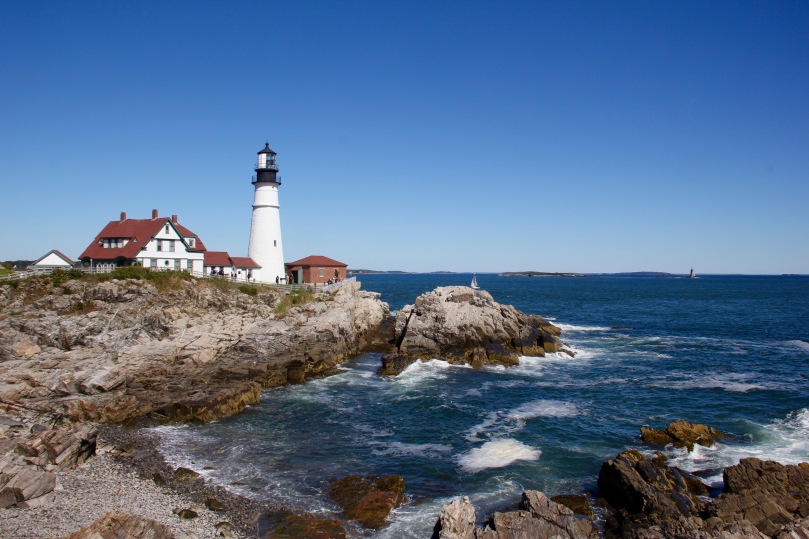 In Taiwan, he said, there are many more manufacturing jobs now, but companies are trying to build higher levels of business, such as branding, marketing, and advertising. Companies want to base themselves outside of Taiwan, rather than have the country build the products that are created and marketed elsewhere. He said China is partly contributing to this situation.

Although the economy is growing, albeit slow, China is a force preventing the country from developing more quickly. China, he said, has a lot of funding for new businesses and has stopped Taiwan from entering into free trade agreements with other countries. All of this aside, Linus is hopeful that soon the situation will turn around. China and Taiwan’s leaders met for the first time since 1949 in November 2015. Linus believes this will be the start of an “opening up” of the Taiwanese economy. And, because Taiwan is a more democratic nation, it could become a better safe haven than China for business development. 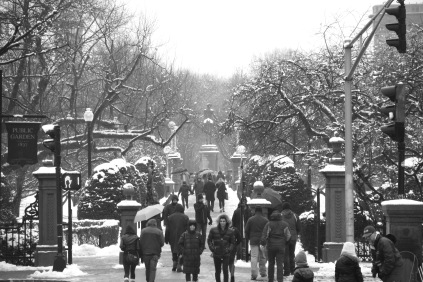 But, before any of this comes to fruition, he still needs the degree and work experience to back up any new business venture in Taiwan. For his higher education, Linus wanted to come to the U.S. because it is the “heart of technology and economics,” as he put it. His ideal professional career would begin in the U.S. after he graduates, perhaps in business planning or project management in the technology sector. Then, ideally he would travel to China to begin a business with contacts he knows from both the U.S. and Taiwan. Because of the funding in China, it would be easier for him to build the business there and then move or expand it into Taiwan. Regardless of the path, he wants to bring his knowledge and business back to Taiwan in order to help his home economy.

Although there are many top Universities in the U.S., Linus chose Boston because he is a huge Red Sox fan. Even before he moved here, he said that his family watched the games back in Taiwan.  He was pleased to tell me that he has now seen dozens of games in the past year and half with $9, standing-only tickets. Being a part of the crowd at Fenway Park was what he was most excited about after being accepted to BU. 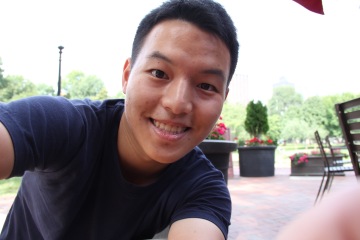 DON’T JUDGE, OR AT LEAST DON’T JUMP INTO CONCLUSIONS

“There are so many things confusing for foreigners moving to the U.S. I strongly suggest people to give themselves more time, more than they ever had, to appreciate the differences in the new culture. The stereotypes on every single culture are the first to be broken. Don’t let the stereotype generalize people for us. To feel and think by ourselves, this is why we step out from our country.”

Since moving to the U.S., he has also been to Philadelphia, Chicago, and New York City.  Although the “liberty this and liberty that” in Philly and the “too big to leave” size of New York were both impressive, his favorite city (besides Boston, of course) is Chicago.  “People were crazy with the Bulls,” he said, describing his experience. He enjoyed the “artwork in the streets,” as he called it, because it was a visual representation of the people of Chicago. 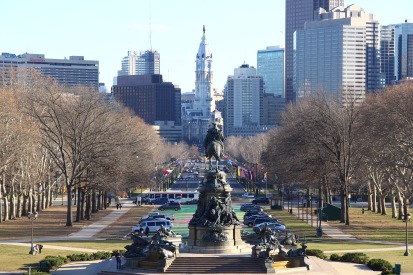 Traveling throughout the U.S. and participating in social events, like Red Sox games, helped him conquer his greatest fear of going abroad. He was afraid he wouldn’t meet enough people who were different from himself. He explained that many Taiwanese students who study abroad, specifically in the U.S., don’t break out of their small group of Taiwanese friends. He didn’t want to fall into this comfort zone. So, he essentially came alone to the U.S. and forced himself to speak English as much as possible. In addition, he likes to go to lectures and conferences regarding international relations, environmental issues, and new technologies. He has found that people in those arenas are already more open-minded, so they are more willing to meet and speak to new people. Linus’ strategy to meet new people even includes going to bars and striking up conversations with random people that sit next to him.

The biggest difference between the U.S. and Taiwan is the teacher-student relationship.  In the U.S., he said, the professors are like your friends and are willing to help you understand the concepts. The students here who speak out in class have the best chance to succeed and get ahead. This, he explained, is very different from classrooms in Taiwan, where speaking out of turn and original opinions are highly discouraged. He definitely had to adapt to the learning style here and is appreciative to all who helped him succeed, especially in the first semester. He remembers that it was during this time that he began to speak in class. He was inspired by a French classmate who was pushing herself to speak English and is still grateful to her and the others who were patient with him while he organized his thoughts in class. 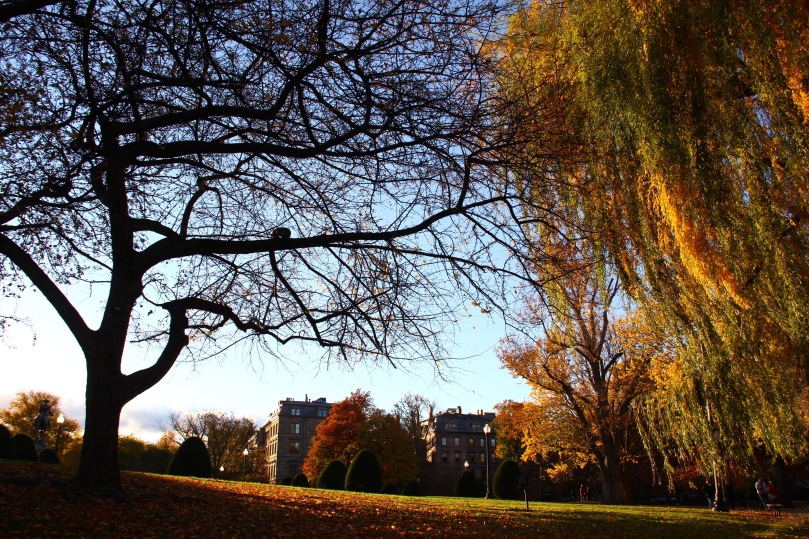 “Regarding education, the most significant difference between Taiwan and the U.S. is students’ motivation of learning. While American students are given more time and freedom to explore their own interests on different fields of study, students in Taiwan are generally educated in the same way, same time, with the same contents since they began their schooling. The traditional expectations for young, “good students” are to become doctors, lawyers, or engineers when they grow up, which are the more profitable professions in the country. These over-simplified social expectations (or social values) make Taiwanese students have no chance to learn to make their own decisions. Also, they lead to less motivation on learning. When coming to the U.S., the resources are given to those who are self-motivated and “willing to make further use on them.” Taiwanese students need to realize that from here on, nobody is going to suggest a “best route” for them. People need to have their own motivations and passions on the path they chose, just like other American students do.” 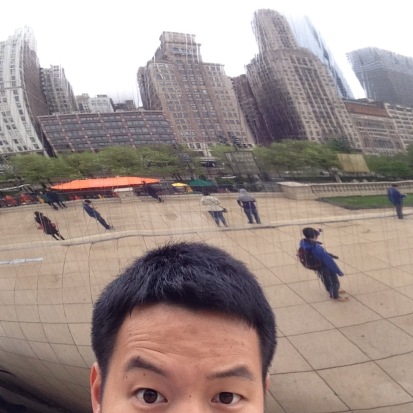 Although he has made friends here in the States, there is one more fear he says affects many who travel abroad from Taiwan to study. He described this as “people with no roots.” When the Taiwanese study abroad for an extended amount of time, he explained that they are like “abandoned kids.” The Taiwanese people think they’re American, and Americans think they’re Taiwanese. Because his family is more open to education abroad, beginning with his father, he doesn’t believe that this will affect him as much as the others he’s met, but it still could to a certain extent. His first roommate in Boston was the full characterization of a person with “no roots.”  He had studied in the U.S. since high school and his family no longer recognized him as being Taiwanese. Linus said his roommate had no sense of belonging and couldn’t retain friendships.

Linus still misses home, but a few months ago his girlfriend Lily was accepted to Tufts and began her studies in Boston, as well. He thinks her transition into American life has been easier because he has been here for a year and it gives him great solace.

At each Red Sox game, when they raise the flag during the National Anthem, he thinks of the fact that Taiwan still doesn’t have full national sovereignty. He is confident, though, that things will soon change for the better. He wants to be part of that change, but he knows that getting his degree in the U.S. is the first step. And now, with Lily in the picture, each time they throw the first pitch, he has a little piece of home standing by his side. 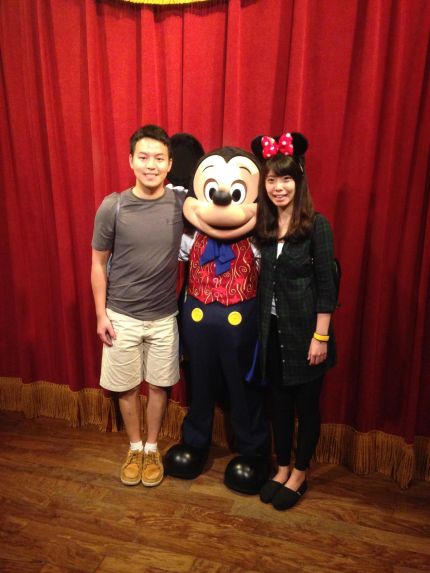